An introduction to the Hungarian Reformed Christian Church in Croatia I. 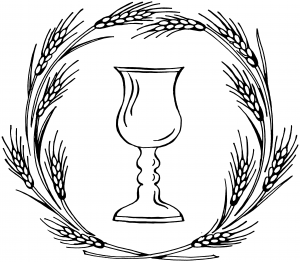 The cradle of the Danubian church district.

According to the census carried out in 2001 there are 4,056 Reformed people in Croatia, most of them residing in Eastern Slavonia and in the Drava Triangle. The Drava Triangle is a territory formed by the Danube and Drava rivers and the borders of Hungary and Croatia. In the age of the ancient Romans, a road was built here linking Osijek (Mursa) with Buda (Aquincum). Today the remains of the Roman age are still visible. For example, church buildings of Hercegszollos (Knezevi Vinogradi), Csuza (Suza), and Lasko (Lug) were built on the foundations of the Roman watch towers. Also the church at Lasko bears a carved stone engraved with the phrase “To the great and greatest god and the most sacred holliness” similar to the altar to the unknown god mentioned in Acts 17:23. The Roman watch towers (called Castrums in Latin) fell in 409AD when the Huns invaded the region. After the Huns the Hungarians also built their settlements on the hills of the Roman watch towers. The Hungarian villages between Osijek and Kiskoszeg (Batina) are the same distance apart as the Roman watch towers used to be.

At the time of the Reformation, many of the Hungarian students who had graduated from Western European universities started work in this region. One of these graduates, Mihaly Sztarai, arrived in Southern Baranya in 1544 and started serving as a pastor in Lasko. In this time he wrote parts of his apologetic dramas, his own songs and translated Genevian Psalms and other works. According to a letter that he wrote in 1551, he established 120 congregations along the Drava River. Another theologian, Istvan Szegedi Kis, instead of following the Lutheran Reformation like his predicessor Mihaly Sztarai, was a follower of John Calvin. These two were succeed by many more esteemed Hungarian theologians trained at the same Western European universities.

An example of their work is the Synod held on August 16th and 17th of 1576 in Hercegszollos. At this Synod in the presence of teachers and pastors from through out the Danube region the first Canon was passed. The Canon was used in this area and by congregations in Western Hungary. A year after the Synod the Canon was published in Papa, Western Hungary. The Canons strictly defined the church life from the roles of teachers and pastors and their wives to rules governing the whole church body, such as forbiding the parishioners from dancing. It is interesting that church schools and reformed education were not mentioned in the documents. (Perhaps this is due to the fact that the educational roles were obvious at the time.)

In the 16th century the first reformed seminaries appeared in Hungary. The teachers of the schools were recent graduate pastors of these Hungarian seminaries who, after a few years of teaching, continued their studies abroad. In the 16th century there was a seminary in the village of Vorosmart. This seminary was supported by the congregations in the area and nobles in Transylvania, as well as publishing houses. The Transylvania support was not limited to financial aid and printed material. For example, according to a letter written in 1678 a congregation of this region requested a pastor from the seminary in Transylvania.

Due to the expansion of the Ottoman Empire the local primary schools, high schools, and the seminary had to flee further north. But the Canons of Hercegszollos, the teachers and pastors who studied abroad, and the Transylvania nobles set a foundation for the Reformed people in this region that was able to withstand the 150- year Turkish occupation.

Outside of the Danubian Church District

By the end of the 18th century, rich congregations were living in this region of Hungary that, due to growing congregations, needed to expand their buildings. The wealth was the result of the congregations’ Calvinistic attitude. The Protestant work ethic helped the congregation meet new challenges. For instance, many of the congregations opened small businesses dealing with salt, wood, wine and fish. There was another aspect that aided prosperity but foreshadowed a dark future. During this time period Reformed communities purposely chose to have only child per family so that their land, when inherited, would not be divided. This fragile prosperity did not last long. After losing World War I, Hungary lost almost two-thirds of its territories to its neighboring countries. The Reformed people of Southern Baranya were cut off from the Daubian church district that was born in 1576 at the Synod of Hercegszollos. This disassembling of the country also fractured the fruitful relationships of Reformed people throughout the former territory of Hungary. Even the most basic relationships dissolved because it was impossible to maintain any lines of communication.

With Vojvodina Reformed population, all together 50,000 Reformed people became members of the Serb-Croat-Slovene (SCS) Kingdom. It took a decade to establish the Reformed Christian Church in Yugoslavia, for during this time no type of autonomy was tolerated in the SCS Kingdom. The only denomination recognized by the State was the Serbian Orthodox church and any kind of independent church was incomprehensible to the leaders of the State. The church life until 1930 was organized by the old Danubian statute. Only in 1930 with the so-called Protestant law did it become possible to legally organize a church. The Constitutional Synod of the Reformed Christian Church in Yugoslavia was held on July 17, 1930 with the delegates of 58 congregations in attendence. According to the new constitution Bishop Sandor Agoston was elected in 1933. In the “new” church the congregations of the former Southern Baranya Deaconate were called Baranya-Slavonia Deaconate. After WWII due to the nation’s high living standards and the States financial support the pastors were realitively well-off.

During Tito’s regime it was possible to form relationships with the foreign Protestant and Neo Protestant churches and several international church organizations (WARC, WCC, and Ecumenical aid relief organizations from Switzerland and Germany). It was Sandor Agoston who was the link between the Western and the Yugoslavian church leaders. Therefore the Reformed Bishop was the most well-known church leader of Yugoslavia in the 1960s and 1970s. But the situation was not positive by all means. For instance there was no Reformed seminary in the country so one way to become a pastor was to study in Budapest or in Debrecen. The other and more popular way was to be trained by an older and more experienced pastor. So the pastors and lay pastors were serving simultaneously.

Meanwhile the number of the Reformed people in the Baranya Triangle and Eastern Slavania were decreasing. The church buildings that were expanded in the 19th Century now became to large for the congregations’ use. Many of the congregations were too small to warrant a full time pastor. Those who graduated in Western Universities, in spite of their Reformed ancestory, did not return. Laborers also left to seek work in Western Europe as guest workers and most of them ended up in Western Europe, Australia, and the United States. Adding to the loss of WWII and forced resettlements, another aspect accelerated the decrease of the Reformed population: the relatively liberal minority policy of the State.

After the outbreak of the war between Croatia and Serbia, maintaining the relationships with Reformed people in this region became difficult once more. Slowly it became obvious that the war would not end quickly and there was no hope for reuniting the Reformed population the the region. Adding to the pain of this further division was the Serb occupation. During this period of time the church of Bellye burned down (the restoration has still not been completed). The Serbs also tried to burn down the church of Mihaly Sztarai in Alasko (a restored pipe organ was dedicated in the fall of 2003). During this time when the churches of Szentlaszlo (Laslovo) and Korogy (Korod) were completely destroyed. The former church’s restoration has not yet been finished but the latter’s is open for the public in its restored original form. There are countless other examples of physical and spiritual destruction.

Also during this time, many pastors had to leave along with their parishioners. A price was put on Pastor Janos Kettos’ head, causing him to decide to follow the majority of his village to Hungary. There were only two pastors who stayed behind: Lajos Csati-Szabo, pastor in Lasko, and Janos Hajek Sr., dean in Karancs.

Relationships among Reformed people became impossible with those in Serbia as well as those in Hungary. After the Serb occupation of Baranya, a new country was established, the Serbian Republic of Krajina. This way the Serbian establishment could claim that they did not take over this land, but that the Serbs already living there liberated themselves. However, the only country acknowledging this new republic was Yugoslavia. The borders surrounding Krajina were closed in all directions except to Yugoslavians.

Beginning 1993, the Yugoslavian War lasted in this area for one and a half years. The Reformed people living in the free territory of Croatia were separated from the center of the church body. The unity of the Reformed Chruch in Yugoslavia had clearly come to an end. These Reformed pastors, curators, elders and refugees from Hungary gathered on January 30, 1993 in Osijek-Retfalu in order to share their ideas and visions for the church. They agreed that Endre Langh, a lay pastor, should act as the church’s temporary leader because he was the oldest among his associates. A decision was made that Langh would call together the Consitutional Synod in the next two years and prepare a new constitution and bylaws. They also decided then that the congregations in the territory of Croatia would establish a new church called the Reformed Christian Church in Croatia. This was the first synodical meeting of the Reformed people in Croatia.

When the Reformed refugees returned to Croatia in 1995, they were faced with harsh circumstances: their houses were either looted or destroyed, the infrastructure was completely devastated. During the war, many houses were abandoned and were subsequently occupied by ethic Serb refugees The United Nations peace agreement allowed the ethnic Serb population to remain in the homes they were occupying. Later these houses were abandoned and found completely robbed and damaged.